Family 1st Books invites you to visit our upgraded website at www.family1stbooks.com! Check out our parenting blog titled, "Parenting, the Ultimate Relationship Challenge."

A Gem Embraced by Fall

View from the Charthouse

All day to get dinner

A Tree Tickles a Feathery Cloud

A Day of Fishing

Our Front Yard At Wally's

Taking in the beauty

Hoping to catch a fish 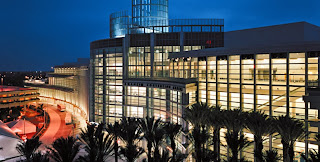 Every four years thousands of therapists from around the world gather for one of the most exciting conferences offered, called The Evolution of Psychotherapy. It has always been held in December. It all began in Phoenix in 1985. Jeffrey Zeig, the director of Phoenix's Milton H. Erickson Foundation which sponsored the event, counted 15 major schools of thought on the program plus Thomas Szasz, a psychiatrist who didn't believe mental illness exists. Some other presenters were Freudian Bruno Bettelheim, 82 at the time, Human-Potential Guru Carl Rogers and Joseph Wolpe. Other internationally known stars, Rollo May, Albert Ellis, R. D. Laing, Carl Whitaker, Virginia Satir plus grandchildren of Sigmund Freud, Carl Jung, and Alfred Adler participated. Four of the renowned presenters were in their eighties and most had never met before.

Seven thousand therapists from around the world attended the conference. Three thousand more were turned away because there wasn't room for them. At breaks between workshops, bathroom lines were daunting. It snowed in Phoenix that week. Crusty Albert Ellis slipped and fell on the icy sidewalk in front of his hotel. I heard later that he sued the hotel. I don't know if that was true. The convention hall vibrated with energy and excitement.

This year instead of walking the trails and inhaling the crisp salty air at Sea Ranch, I will be sitting in huge classes at the Convention Center in Anaheim attending the seventh Evolution of Psychotherapy Conference. The 49 famous presenters now include people like Daniel Amen, Steven Frankel, John Gottman, Harville Hendricks, Sue Johnson, Otto Kernberg, Harriett Lerner, Donald Meichenbaum, Violet Oaklander, Michele Werner-Davis. The conference eventually ended up at the gigantic Convention Center in Anaheim with classes spilling over to the Marriott and Hilton Hotels next door. More restrooms are available!

I mailed our Christmas cards, not in the Sea Ranch Post Office, but at home in Fair Oaks. For the past ten years we rented a condo early in December and wrote our Christmas cards while gazing at the ocean waves crashing on the rocks a few steps away. If I am lucky again, I may find myself late at night riding up the elevator with a very tired Violet Oaklander. We have a lot in common. We are both getting old.